Better Together – Time For Nonprofits To Develop A Merger Mindset? 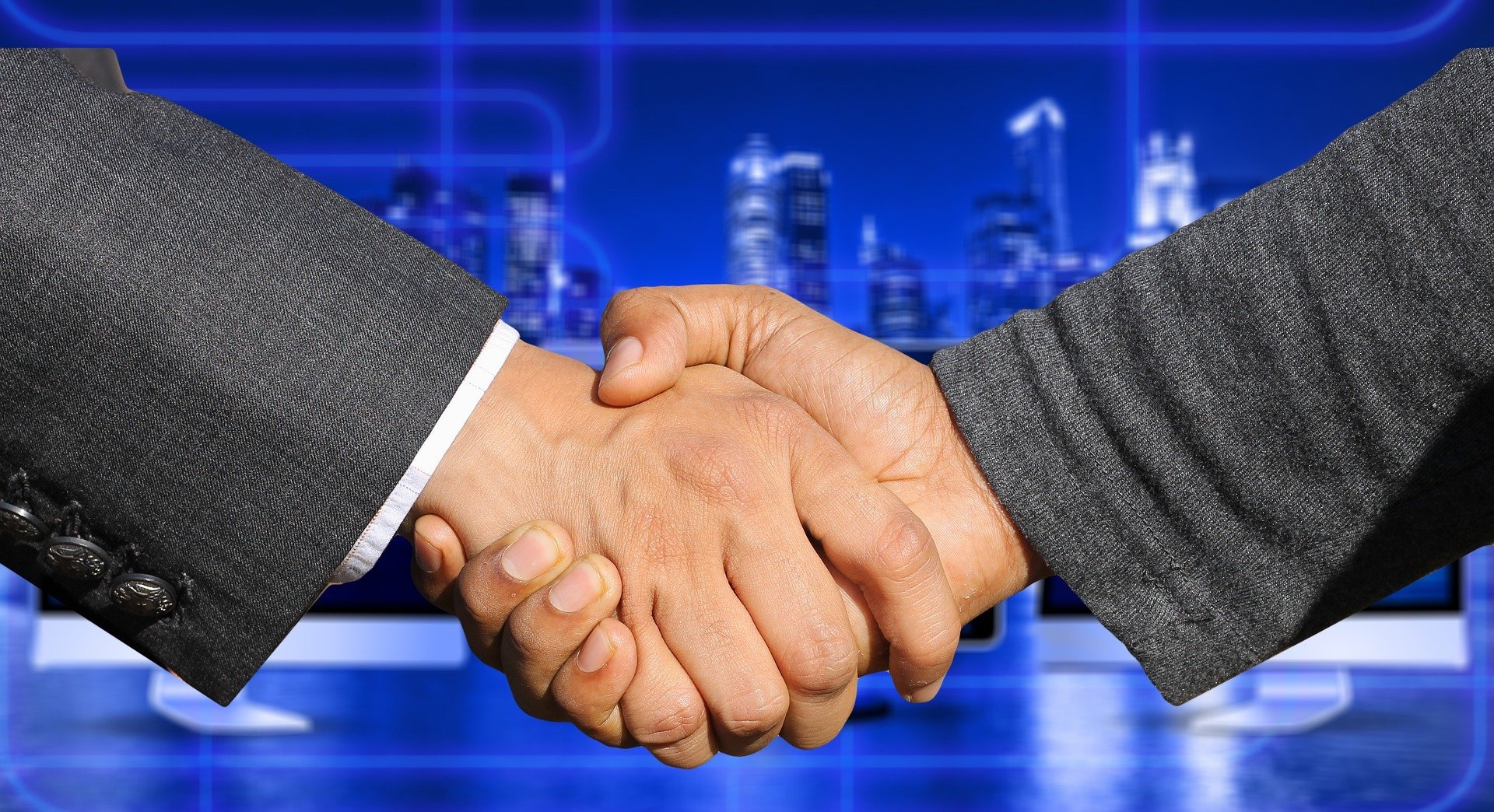 Mergers can be used strategically by all parties not simply to grow or survive but to accomplish specific mission goals and increase impact.

The decision to merge is a big one, and the process of successfully bringing two (or more) organizations together is rarely straightforward. Mergers are a strategy for organizations seeking to strengthen their long-term financial sustainability, increase the blend and depth of coverage of the services they provide, trade complementary skill sets, strengthen board and staff leadership, expand geographic reach and footprint, or stand out in a crowded field.

Too Many Cooks In The Same Kitchen?

The nonprofit sector has too many small organizations that are just getting by, and too few big ones that can really solve problems.

A familiar cry in the nonprofit sector, particularly among funders, is that there are just too many organizations competing for too few dollars. The sector has allowed not only thousands of flowers to bloom, but also quite a few weeds, the critics say. Perhaps the time has come to prune? The nonprofit sector is filled with waste and duplication, and things are getting worse, not better. Think of any cause and chances are that multiple organizations are tackling it. But the waste along the way is simply staggering. That’s because each nonprofit needs a certain level of organizational capacity to get anywhere—starting with an executive director and including staff to handle administration, finance, communications and development. Oh, and don’t forget office space, legal fees, insurance, subscription services, IT systems, and so on. Meanwhile, the sad fact is that most nonprofits never reach the necessary scale to have the impact they desire. Many reach a level where they’re able to do some good work and sustain operations, but never develop the capacity to break out. The nonprofit sector has too many small organizations that are just getting by, and too few big ones that can really solve problems.

The reason that nonprofit mergers continue to languish isn’t that they don’t make sense. Quite the contrary. Nonprofit mergers and acquisitions are often an effective way to deliver more and better services at a lower cost. With increased competition for resources, nonprofits (and funders/donors) should view mergers as a powerful intervention “for good”. Often, nonprofits don’t want to discuss mergers because the work they do is so personal.   Although they may be ‘like-missioned’ when it comes to passion for serving their community, they may not always be ‘like-minded’ when it comes to putting the mission / greater good of their community at the top of the merger opportunity decision tree.

Unfortunately, natural incentives simply don’t exist within the sector toward consolidation. In the private sector, entrepreneurs with small businesses have an incentive to sell out to bigger companies, which is a driving force in consolidating markets and creating large corporations that can exploit economies of scale. And an unforgiving bottom line weeds out many smaller, less competitive outfits.  In the nonprofit sector, the incentives are the opposite: No executive director wants their group to merge with another group if it means losing their job, taking a cut in income, or having less autonomy. Which is why few nonprofits merge, except when faced with extinction.

We recently reached out to Michael Barnes,  Founder, and CEO of Awakened Innovations, Inc. for his candid viewpoints from a pure business perspective ⤵︎

As someone who views the nonprofit arena through a business lens, mergers in the nonprofit arena just make sense. In the same way that combining for-profit companies increases their efficiency and reduces their costs, merging nonprofits can also lead to improved operations. When I look at the nonprofit landscape, I see many nonprofits performing overlapping services. This means duplicated overhead. It means going to the same donors who care about this issue asking for funds. It means multiple groups looking for a limited number of dedicated volunteers. It means burn out of nonprofit leaders. While mergers have to make sense in terms of mission, culture, and leadership, they can be a great way to grow a nonprofit and its effectiveness.

For nonprofit mergers to succeed, each party must strip away old loyalties, egos, and all other emotional issues – favoring shared vision and the enhanced social impact over sentimentality. Merging can help nonprofits boost fundraising, drive long-term social goals and strengthen internal identity, cohesion and capacity. Too often nonprofits think of a merger as a nonprofit that has failed to achieve its mission, so it is teaming up with another nonprofit. Instead, it should be thought of in a success mindset—when multiple nonprofits’ resources are combined, they can achieve greater things.

The Power Of Two

It is indeed possible to rise above the fray with a “make-sense” merger founded upon a shared “bold” vision for the future, as was the case with the recent merger of Trinity Cafe and Feeding Tampa Bay ⤵︎

With the benefit of passage of time since the above Interview, we have this week captured post-merger insights from the Feeding Tampa Bay / Trinity Cafe Executive Team; The singular purpose of these two Tampa Bay nonprofits joining forces was an enhanced focus on their respective missions, recognizing that they could accomplish more together for the benefit of those they serve. Over the short period of time since the merger was completed in November 2018, they’ve witnessed great results, engendering incredible optimism as to what the future holds for their organization and their communities, as highlighted below.

Within their recently enhanced strategic plan, titled “IMAGINE a Hunger-Free Tampa Bay”, they launched a bold vision to close the hunger gap. To do so, the need exists for them to; evolve their food distribution model; energize the individuals and families they serve by connecting them to healthy food and lifestyles; engage their community in collective work towards solutions, and; empower those they serve by building self-sufficiency. This merger is playing an integral role in their future and the strength of their community.

What of the proposition that there are simply too many nonprofits; too many are too small and too inefficient; that the sector would be more stable if it comprised fewer but stronger organizations, and that the age-old nonprofit “model” is unsustainable in a crowded donor marketplace and/or long-overdue for innovative thinking, alliances and consolidation “for good”?

As a nonprofit expert for over 27 years, I have seen an increase in the number of nonprofits since 2005. In fact, according to a Giving USA Report in 2016, there was a 13% percent increase in the nonprofits from 2005 to 2015. As of 2018, there are over 1,184,547 nonprofits all vying for philanthropic dollars. As fundraisers, this means more competition and an increased likelihood for donor confusion and fatigue. This duplication of services ultimately dilutes the resources available to the nonprofit and its effectiveness in the nonprofit sector. I am a proponent for looking at mergers and partnerships as a strategy for success and a viable option for future sustainability. However, in order for mergers and partnerships to work, partners must focus on mission to avoid pitfalls that derail the process. This is why the Trinity Cafe/Feeding Tampa Bay partnership is so vital in setting a new model that donors and the community are craving. Why? It demonstrates a responsible view of long-term sustainability and benefits the populations that will ultimately be served.

May The Force Be With Them

Alone, nonprofits are a voice; as a collective, they are a force.

Mergers have become a recurring topic of discussion among nonprofit leaders, boards, and funders, for good reason as discussed above. Significant benefit can be achieved through the exploration and careful consideration of merger as an option for many types of nonprofits. Without question, such a strategic shift can contribute to the stability of the nonprofit environment, by not only preserving core services, but by providing a foundation for expanding them over time. Clearly, the good of the community should be the result of any merger, as it is at the crux of any nonprofit organization. Why do they co-exist and strive to thrive as nonprofits? To give back and serve their communities. Alone, nonprofits are a voice; as a collective, they are a force.

Let’s All Profit From Your Nonprofit Thoughts

Are you a nonprofit founder, leader, board member? Are you a foundation, funder or major donor? Are you a consultant working within the sector? Please share your thoughts below on this timely topic.

How Do You Turn Your Donors Into Advocates?
Assessing Your Organization For Grant Readiness
Nonprofits – Not All Overhead Spending Is Bad
Comments