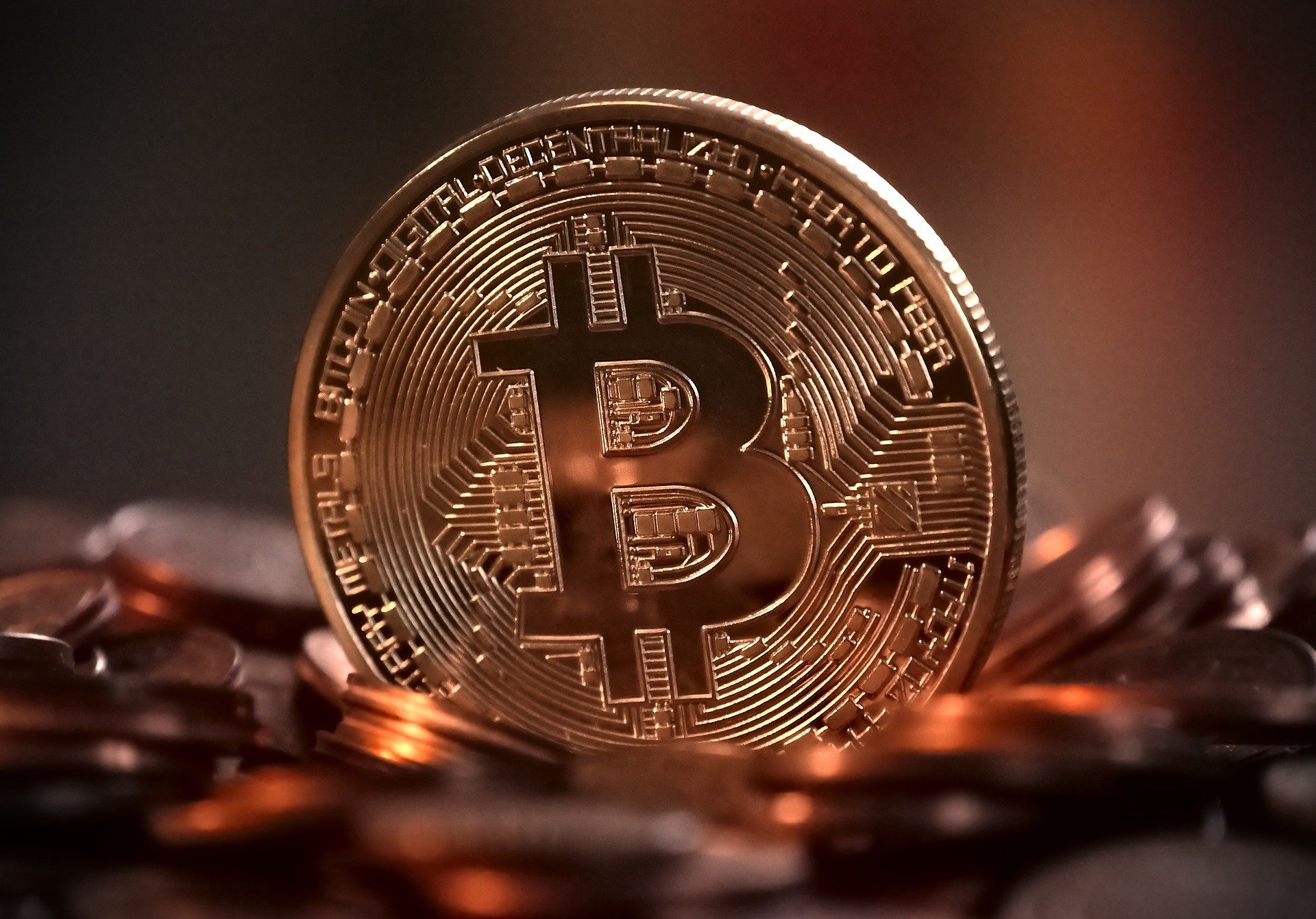 You might think that cryptocurrencies are a really difficult thing to understand, but that is not so at all. In simplest terms, a cryptocurrency is an online form of money, or in other words, a digital form of money used to trade and perform transactions. Unlike banknotes or coins, cryptocurrencies are not a physical thing. You cannot pick them up and touch them. They only exist in the online world. Banks, investment firms, traders, and even retailers have begun to see that there is great economic and buying power present in these cryptocurrencies, and thus they are becoming a normal part of our world and how we engage in financial transactions.

Unlike bank notes or coins, cryptocurrencies are not a physical thing. You cannot pick them up and touch them. They only exist in the online world.

Cryptocurrencies like Bitcoin are more readily being used as forms of payment and for trading too. More and more banks, retailers, and other institutions have begun to accept cryptocurrencies as a legit form of currency with real value. And we’re now witnessing small businesses and nonprofits opening their minds and doors to the notion (and the importance of) welcoming versus resisting cryptocurrency for retail transactions or donations, respectively.

EDITOR’S NOTE – SEE OUR RECENT ARTICLE REGARDING NONPROFITS BELOW

In an effort to break through the cryptocurrency “clutter” out there (information AND misinformation) while opening our minds to the “real” world of cryptocurrency, we had the distinct pleasure of sitting down recently with Gabe Higgins, the Co-founder of BlockSpaces and the Tampa Bay Bitcoin/Blockchain Group. Gabe has been active in the bitcoin space since early 2013 and was the Lead organizer for bitcoin & blockchain meetup groups, together having over 1500 members and sponsored by Airbitz and Bitcoin.com. Our Questions posed to Gabe were geared to focus on the very “basics’ of cryptocurrency.

The Tampa Bay Area is one of the largest bitcoin hotspots in the world in large part to his collaboration with leading bitcoin payment processor BitPay for the St. Petersburg Bitcoin Bowl in Dec 2014

Gabe offered that the Tampa Bay Area is one of the largest bitcoin hotspots in the world in large part to his collaboration with leading bitcoin payment processor BitPay for the St. Petersburg Bitcoin Bowl in Dec 2014, during which over 200 local merchants begin accepting bitcoin. Our Q&A with Gabe follows below, as our “first in a series” of an expanded focus on the emergence of cryptocurency.

What exactly is Cryptocurrency and what’s the history behind it? A cryptocurrency is a digital asset that uses cryptography, digital signatures, and distributed ledgers on decentralized networks to facilitate secure transactions on the internet. Bitcoin was the first cryptocurrency, invented in 2008, it’s white paper (technical document) was released publicly and the source code was made open-source allowing for everyone to audit, contribute, and support the development of this new technology.

I hear a lot about Blockchain – what’s it got to do with Cryptocurrency? The first use of a blockchain was with Bitcoin. Blockchains are now being used for a wide variety of other use cases such as voting, healthcare records, digital IDs, supply chain tracking, loyalty reward points, tokenizing property, prediction markets and more.

What is an Altcoin? It was meant to distinguish all the cryptocurrencies other than Bitcoin, which remains to be the widely used cryptocurrency.

What are the most dominant Cryptocurrencies out there? Bitcoin, Ethereum, XRP, Bitcoin Cash, EOS. They have funny names and introduce a different twist on this emerging technology.

Are Cryptocurrencies legal? In the US, the answer is yes, but it does come with some caveats. Since cryptocurrencies are still very new, the rules of engagement are still being formulated on the regulatory front. The IRS has deemed cryptocurrencies as a commodity so incurs capital gains tax. Other jurisdictions, it varies. But some countries like Japan, Bitcoin is actually legal tender

Is it Real Money? The introduction of cryptocurrencies certainly challenges the very notion of what money is and where the value comes from. This is a fundamental question and it’s surprising to hear so many people have no idea how our current monetary system works. At the end of the day, whether or not you define cryptocurrencies like Bitcoin as money is beside the point. What matters is how is it being used? And in many instances, it is being used as a replacement for traditional money in both a medium of exchange and a store of value.

What is it worth & who determines the value? It’s worth however much the market decides. Supply & demand determine the value, and since these are digital assets, they’re available for trade to the worldwide market. In troubled territories or dictatorial regimes, you’ll find that Bitcoin is in higher demand and the premium to get them is therefore higher.

How do you buy, store and sell Cryptocurrencies? You store cryptocurrencies in a wallet, usually an application on your computer or mobile device. There are several ways to get cryptocurrencies but the most common way is to do an exchange from dollars to crypto. You can do with another person who has some they would sell, you can sign up to a crypto retail exchange such as Coinbase or Kraken, or you can go to a Bitcoin ATM located near you.

What is a Bitcoin Wallet? To store digital currency, you need a digital wallet. This is where you store your cryptocurrencies. “Wallet” is actually a misnomer, because of how cryptocurrencies work, you’re actually storing secret keys that ‘unlock’ your ability to spend the cryptocurrency associated to that key on the blockchain.

What happens when Bitcoins are lost (if I lose my Wallet)? With Bitcoin, it’s important to realize that you have complete control over your money. Like cash in your physical wallet, if you lose that wallet, you’re money is lost. There is no authority to appeal to in Bitcoin. There is no way to get that money back. So it’s very important you understand the risks involved and learn how to backup your wallet safely to prevent loss of funds.

We only ever hear about Bitcoin – why is it so popular? Bitcoin was the first and it remains to be the largest and most widely used cryptocurrency around the world, so it gets most of the coverage.

Is there a limit to the amount of Bitcoins created? Yes, there will only be 21 million bitcoins ever created. This is defined in the rules of the source code and can not be changed unless everyone on the network agrees. There are currently 17 million bitcoins already created, but because the issuance rate decreases over time the last bitcoins won’t be created until the year 2140.

What is Bitcoin Mining? The idea of mining cryptocurrency is odd, but not too uncommon from mining Gold, in that there is a finite asset that requires resources to extract the commodity out and into the ecosystem. Bitcoin mining does something like this in the digital world. The Miners job is to process and confirm transactions through a procedure called proof-of-work (PoW), where you dedicate computer processing power to solving math problems (technically hash-functions). If your computer solves the problem faster than the rest of the network, the protocol rewards that miner with 12.5 bitcoins. This incentivizes cooperation while maintaining high security and integrity of the network. The mining process happens constantly, and the confirmed transactions are placed into a ‘block’ that is then linked onto the blockchain (the distributed ledger). You do not have to mine to use bitcoin, nor is it recommended at this stage. Mining is a multi-billion dollar industry already and requires substantial hardware, infrastructure, equipment & cheap electricity.

Why should my business or nonprofit accept bitcoin donations / what are the risks & benefits? Accepting bitcoin for nonprofits makes a lot of sense. Some of the Benefits; Offering a new method of payment (vs. potentially turning away a donor); Inexpensive transactions versus alternatives in place today; Trackable payments from point of origin to destination; No chargebacks, and; It can be converted immediately into US Dollars (with a 3rd party service). And the Risks: Value volatility with significant fluctuations, and; Knowing how to safely secure coins if holding them.

What must we do to accept Bitcoin, how much will it cost and how long will it take? For most cases, we recommend using a Bitcoin payment processor called Bitpay Their service makes it very easy to enable you to accept bitcoin through a website or their app after you sign up and go through their onboarding process. It may take a few days for them to approve, but it’s very easy to use and only costs a 1% flat rate. For those that would rather hold onto the coins instead of converting all of them or a percentage of them, we recommend using EDGE wallet, which is an app that generates secure, private wallets for you. This wallet helps you manages your own crypto independently without 3rd parties.