Why The World Still Needs Nonprofits 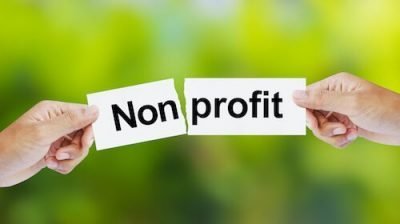 A recent article in The Atlantic highlighted a growing trend in economic aid of giving money directly to the needy, often without strings attached. It’s being fueled in part by the spread of smartphones, which make it a breeze to offer a few dollars to someone almost anywhere in the world – not just a person passed on the street.

In addition, people have become frustrated with stories of nonprofits with high administrative overhead and excessive compensation packages. Meanwhile, advocates of direct payments claim giving cash – either direct from the pocket of a donor to an individual or via a nonprofit – is more effective at reducing poverty.

Indeed, researchers have found that in several developing countries, such as Zimbabwe, direct cash donations were more cost-effective than in-kind transfers of food and other aid at improving economic outcomes.

But we shouldn’t be too quick to dismiss the value and effectiveness of nonprofits that provide aid in forms other than cash, which is why their number and the volume of donations to them continue to grow. Resources meant to serve those in need are often most effective when they are aggregated and overseen by those who are experienced in providing aid.

Cash may be the better method in certain circumstances, but in most it’s not nearly as effective as funneling donations through a charity with “boots on the ground.” And as we shall see, there are many ways in which their economic footprint is multiplied.

The appeal of cash

The intuition behind direct giving to the poor is appealing for two reasons. First, a nonprofit takes a percentage of donations to cover administrative expenses – money made unavailable to directly help that individual.

Second, recipients know best what they need, and so it would be best to give them the money and let them spend it.

However, those boots on the ground don’t cost nearly as much as people think in most cases, and cash-focused charities such as GiveDirectly have their own administrative expenses. In fact, one in four nonprofits have 12% or less in overhead costs, a rate quite close to GiveDirectly’s overhead of 9%. The overall average for nonprofits is about 20%.

To learn more about the efficiency of nonprofits, Elizabeth Johnson, an undergraduate research assistant, and I spent this past summer interviewing several nonprofit organizations in the greater Cincinnati area.

After talking with staff leadership and board members in these organizations, we identified several “economic multipliers,” or advantages that increase the economic impact of nonprofits. While our analysis was limited to organizations in the Cincinnati area, the lessons we learned can be applied globally.

Identifying those in need

First, nonprofits can be more adept than individual donors at identifying populations in need and at establishing contact with groups that are “hidden” or inaccessible. This may include drug users, the homeless, children failing in school or members of stigmatized groups.

Most homeless are not asking for money in the streets, drug users do not broadcast their addictions, and schoolchildren tend to be physically separated from the working population. It is these “hidden” populations whom many nonprofits – such as Shelterhouse, Bethany House Services and the CYC in Cincinnati – strive to serve.

Direct cash donations may work when the individuals in need are obvious – such as after a hurricane, when almost everyone is a victim – but they have no way to reach some of the most vulnerable groups.

Experience in the trenches

Economies of scale and scope are achieved by nonprofits when they provide services beyond what any individual could do alone. Nonprofits are able to consolidate overhead costs across a larger volume of goods and services, allowing them to access goods and services at prices much lower than an individual would pay.

The Center for High Impact Philanthropy at the University of Pennsylvania suggests food banks can usually pay the equivalent of about 10 cents a pound for food that would cost $2 at retail.

In general, nonprofits possess institutional knowledge and employ workers who have a better understanding of the problems they aim to address than the individuals who wish to contribute money. Nonprofits also have the ability to bring in staff members and volunteers who are knowledgeable or experienced in specialized areas.

Cincinnati Youth Collaborative’s (CYC) mentoring program demonstrates the benefits of nonprofit experience. This program is made possible through CYC’s connections with Cincinnati Public Schools over several decades as well as many businesses and professionals in the area who are willing to donate their time and resources.

If CYC were not established and well-reputed in the community, it would have difficulty in attracting professionals to share their time.

A lack of cash is often not the root cause of poverty, and more money alone will not solve the problem. Education is usually needed as well.

Professional football players, for example, will usually earn far more money in a relatively short career than the average American college graduate during the course of their lifetimes. However, 78% of them will have declared bankruptcy or be under financial stress within two years of retirement.

They have plenty of cash, but what they don’t always have is financial literacy, or how to spend money wisely. The same logic applies for many individuals in need of aid. Giving them a wad of cash will not necessarily improve their lot in life, and they would benefit from an organization helping them allocate it more efficiently.

The Economics Center, for example, is a nonprofit in Cincinnati that considers education to be one of the main tenets of its services by focusing on financial literacy among students and adults. It teaches thousands of students to create a budget, save money, and set long-term goals.

Monitoring once the donors leave

Once those in need receive money or benefits, nonprofits are able to employ their resources to ensure that money is being spent in the way it was intended.

Homeless shelters such as Shelterhouse and Bethany House Services monitor clients by closely following their progress while they are in the shelter but also by checking in with them periodically after they have left the shelter. These organizations check in with clients not only about their housing circumstances, but follow up regarding employment, health, and education of children.

For-profit businesses rely on stock prices, revenues and profits to signal performance both internally and externally. However, those operating in the nonprofit sector must evaluate their own performance.

In a sector that lacks these market signals, this allows nonprofits to measure performance and set meaningful goals as well as simply to understand the mechanisms that allow programs to be effective. Further, nonprofits are in a better position to carry out evaluation functions compared to the individual distributing cash to someone on the street.

Whereas a nonprofit has the resources and the know-how to determine its impact, the individual donor most likely does not.

Advocacy when systemic changes are needed

In order to raise funds successfully, a nonprofit organization must be able to communicate its mission, as well as some measure of performance, to its stakeholders.

Bethany House Services makes a particular effort to advocate for systemic change for those who are homeless. This is possible because BHS has established itself as an organization that is knowledgeable about homelessness and its underlying causes, has developed important relationships with businesses and government officials, and has worked to earn the support of community members.

Of course, an individual can be a successful advocate for the homeless, or for another cause. However, nonprofits are naturally in a position to advocate for their clients.

The term economic multiplier is often used by cities or states to show the value of using tax credits or other inducements to attract a business to relocate to their region. Directly adding 1,000 new jobs in a region, for example, may generate another 1,000 jobs elsewhere because of the additional money circulating in the economy.

While the term is used here in a different context, these multipliers demonstrate the multiplicative impact of nonprofits in much the same way as economic development incentives. With these multipliers, nonprofits provide additional benefits above and beyond what an individual’s direct cash transfer is capable of producing – thus offsetting additional overhead costs.

Giving cash directly to individuals in need certainly has appeal for its simplicity and indeed can be the best way in some circumstances, but in most cases it cannot compete with the value added by giving to a reputable and well-run nonprofit charity.